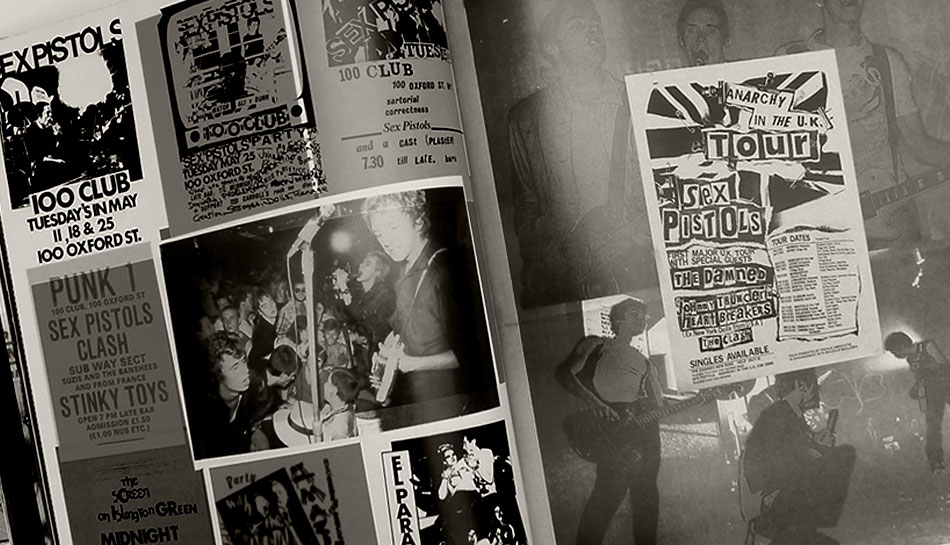 Kill Your Idols is a book publishing company and cultural creative outlet formed in 1999 with the production and release of best selling book Fucked Up + Photocopied (Firecracker Award Winner). Metro: Photographic Elevations of Selected Paris Metro Stations, Punk Is Dead Punk Is Everything, 101 Essential Rock LP’s from the Beatles to the Sex Pistols, It All Dies Anyway: LA, Jabberjaw and the End of an Era, Teen Angel’s Magazine, RxCx: Welcome To Venice, Punk Shirts: A Personal Collection and Estevan Oriol’s Bosozoku (Japanese Biker Gangs) are among the books to follow. KYI art exhibitions and gallery shows have displayed worldwide with brand support from RVCA, Converse, Ray Ban, Hysteric Glamour, Levis, Vans and more. www.killyouridols.com

Fucked Up + Photocopied
Fucked Up + Photocopied is a collection of frenetic flyers produced for the American punk scene between 1977 and 1985. Many were created by the musicians themselves and demonstrate the emphasis within the punk scene on individuality and the manic urge of its members to create things new. The book has won many awards, and is now in its 15th pressing.

Punk Is Dead, Punk Is Everything
The follow-up to the highly influential bestselling book Fucked Up + Photocopied: Instant Art of the Punk Rock Movement. Punk is Dead exposes the lasting impact of Punk on visual culture worldwide. Hundreds of flyers, photos, set lists, vintage fashions and other ephemera, including interviews with Ian Mackaye, one of the most respected voices of the DIY music underground, and Malcolm McLaren, likely the most impactful promoter of the early punk movement.

101 Essential Rock Records
The book is a tribute to the vinyl album and celebrates 101 of rock's most influential records from The Beatles' debut Please Please Me through the Sex Pistols' Never Mind the Bollocks. It also includes interviews with musicians who discuss the albums and artists who changed their lives as well as a pictorial exploration of Jimi Hendrix's personal record collection and a survey of censored album covers from throughout the rock era.